IR35 legislation was first introduced in April 2000.   The rules were implemented to ensure that workers, who would have been an employee if they were providing their services directly to the client, paid broadly the same Income Tax and National Insurance contributions as employees.

At the time, it was welcomed by many an employed workforce who were wary of freelancers or contractors working in their organisations at much higher rates of pay and who perceived them as taking advantage of the tax system by paying much less tax.  What wasn’t taken into consideration by those employees was that freelancers do not receive sick pay, holiday pay or have entitlement to any additional benefits by the appointed organisation but they do have the right to send a substitute worker to a business to complete the task.

IR35 became subject to couple of reforms in 2017 and 2021 and the latter was a huge change for freelancers, businesses who employed freelancers and recruitment companies too.  The change required the end client, and not the contractors they hired, to decide if the working relationship resembled a self-employed engagement or was employment.

There were obvious problems as employers might stand to gain by declaring them as a contractor to avoid paying employers’ NICs and not providing employee benefits such as holiday and sick pay. If the organisation wouldn’t allow the contractor to invoke their substitution clause and allow them to send a replacement individual to complete work activities, then this potentially implied that the freelancer was really an employee.

Many organisations didn’t renew contractor/freelance contracts due to the perceived complexities of managing them with the IR35 requirements and consequently the freelance market became saturated with individuals holding lots of knowledge but who were unable to work in organisations as a result.

Following the new Cabinet formation, the newly appointed Chancellor advised that he was withdrawing the 2017 and 2021 IR35 reforms and which means that we’re back to how it used to be, where workers providing their services via an intermediary, such as a personal service company, will once again be responsible for determining their employment status and paying the appropriate amount of tax and NICs themselves. The onus is no longer on the business to manage that decision and no doubt we will see many more openings for freelancers to work in business environments.

Ironically, HMRC themselves employed many freelance workers prior to the reforms whose contracts were not renewed with the 2021 reform.

Anything which makes the tax system less complex is a positive in our eyes, so this is something we like and support.

We hold regular review meetings with our clients and at these manage expectations in terms of how Taxation and Legislative changes will impact them and their business.  If your accountant is working for you and not with you then you might want to have a chat to see how we do things.  We promise never to use jargon and to explain in simple terms everything that you might want to know. 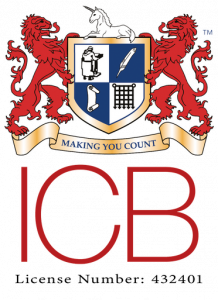